Today marks the launch of Gaudenzia’s My FrontLine Story, a monthly storytelling campaign debuting as we close out National Recovery Month. Each month, we’ll share an inspirational story of hope, triumph, and resilience from an individual on the frontlines of recovery — or we’ll highlight one of our essential workers the frontlines of substance use disorder (SUD) treatment. We hope these stories will help educate, inspire, and honor all those impacted by SUD.

If you or someone you love needs help with substance use and co-occurring disorders, please call Gaudenzia’s 24-hour Treatment and Referral HelpLine at 833.976.HELP (4357).

Described by her colleagues as caring, attentive, and a delightful person, Kristen Paris is a dedicated mother of two. These days, she works at Gaudenzia as an Administrative Coordinator, though her journey with the organization did not start with employment. Coming from SCI Muncy — a Pennsylvania Department of Corrections prison and diagnostic center for women — she walked through the doors of Gaudenzia DRC (Diagnostic and Rehabilitation Center) in June 2018. In her own words, she was “hopeless, broken, selfish, and stubborn.”

This is Kristen’s story.

Are You Tired of This Yet?

Growing up, I was involved in dance and cheerleading, but I struggled at an early age with body image issues. I was bigger than the average girl, and kids can be cruel. There were many occasions when I came home from school crying. I did not feel comfortable in my own skin. I wanted to be someone else. When I was younger, I wanted to be a fashion designer or in some type of profession of helping people.

It all began just as innocently as I was back then. I was about 13, and it was 8th grade year. We would go around looking for an adult to buy us alcohol. From there it went from smoking marijuana to taking pills. By senior year I was a full-blown addict who just barely graduated high school. My personality changed when I started using. I became distant from my family, and isolated, because I didn’t want them to notice if I were high. I had a short fuse and became moody and rebellious. I thought the world was against me, but everyone was concerned because they noticed the change in me.

Gradually, it progressed, until I ended up at SCI Muncy, then at Gaudenzia, DRC.

Arriving at DRC, my idea was to breeze through the program to look good for parole. My counselor, Ms. Donna Brown-Cade, gave me my message of hope. She shared her own experience and strength. Granted, at the time, I was not ready to make the necessary changes to live a better life. I went back and forth to SCI Muncy for using drugs, and when I made it back, Ms. Donna looked me in my eyes and said, “Are you tired of this yet?” Truthfully, I was not done at the time. I told her, “This is how it is, and this is how it’s going to be.” She said, “You have the potential to make it. You just gotta want it.”

My Prayers Were Answered, Although I Did Not Die

At the time, my son’s father became ill with a blood infection to his heart. He was still actively using, and I used his illness as an excuse to keep using too, despite knowing it was detrimental to his health. I was also leaving my kids to be cared for by my elderly grandparents, only to run around Kensington. Using substances can cause people to act in ways that they normally never would. I always compared it to being possessed. It’s like, you know it is wrong, and in your heart, you don’t want to do it, but there’s a puppet master controlling you.

I remember one day I was just so fed-up living in misery that I asked God, ‘Please let this be my last bag, please let this take me out’. I felt terrible as a person, and especially as a mother. I used to think my children were better off without me. My prayers were answered shortly after that, although I did not die.

I was picked up by the police for an escape charge that I later beat, for leaving the program, but this ultimately saved my life. As if going back to prison and dealing with the withdrawal and sleep deprivation wasn’t bad enough, I got a visit from the chaplain to tell me my son’s father had passed away.

Even with his illness and drug use, no one is prepared for that kind of news. I thought we were invincible. Thinking back, it was a blessing to be in prison at the time. This allowed me months of healing and evaluating myself. I feel as though if I were not in prison at the time, my children would be without a mother today.

I was ready and willing to put in the work, but returning home was not as easy as I thought it would be. Transitioning into my children’s lives after being away from them was not easy, at first. My family was so used to me doing well for a couple of months and then relapsing, they were not allowing me full reign right away. I had to prove myself.

If I Said it Was Easy, I Would be Lying.

Doing active step work in my recovery has helped me forgive myself. You must tell yourself the person you were while using is not the same person you are in a clean and sober mindset, but you cannot go through life trying to act like it didn’t happen. You need to face the people you have hurt along the way and make amends. Once people see the change in you, they will be willing to forgive you. If not, you must forget the mistake, but always remember the lesson. I wholehearted believe it’s important to forgive yourself while in recovery.

I continued to work a program and I took advantage of opportunities to better my life. I went through CareerLink, which helped me tremendously with getting back into the workforce. They helped me get into community college to take courses in administrative work and customer service. After a year of working on myself with my recovery and career development, I was ready to look for an open position.

I Began to Realize My Self-Worth

Having a criminal history, it became frustrating being honest and companies telling me they would give me a chance, only to be rejected later. I found a receptionist position with a small company, but working there, I was treated poorly — not because of my work ethic, but because of my past.

I showed up every day despite the awkwardness of being the odd person out. I just wanted to be a productive member of society and live a normal, better life. This is where I began to realize my self-worth and that, despite my past, I did not deserve to be treated this way.

I began filling out applications and received a phone call for a temporary position. After interviewing and finding out the position was for Gaudenzia, I immediately thought I was going to be rejected. I was honest with my interviewer and told her I was a former client. To my surprise, I received a call back.

Since it was a temporary role, I didn’t think with my track record Gaudenzia would hire me full-time. That’s when someone said to me, “Kristen, you have been clean for over two years. I guarantee if you show them that you are a dedicated, hard worker, they may hire you.”

I treated my temporary position as though I were already hired full time. I showed up every day, ready and willing to take on whatever I could to show them I was a team player — determined and dedicated. After a couple of months, the position opened. I submitted my resume and went through the interview process.

I was hired full time.

Gaudenzia has given me more than they will ever know with this opportunity. The people at this organization have given me a sense of belonging. They’ve helped me gain confidence, and not only that, but I feel like I have a voice. My goal is to spread a message of hope to anyone who thinks they can never make it out of the grips of the disease. I am living proof that a person with substance use disorder can recover and live a full and productive life with hard work and dedication. Drugs no longer consume my life. My hopes and aspirations for the future are to connect with those still suffering. I want to reach the mother who thinks her children are better off without her because she made poor choices. I want to work with children in prevention, and I want to continue my career with Gaudenzia, because I am excited to see what will come next as I continue to grow as a person.

Hope is That Thing Inside of Us

Today, I have a strong support system. I am actively going to family counseling with my children, and my family is a big support for me. If I am going through something, I feel, deal, and heal. I know every day isn’t going to be perfect or easy, but I have people in line to help me get through it. The main thing I tell myself is no matter what I’m going through, I can get through it sober. I think back on my days in addiction, and my best day does not come close to my worst days sober. I will take my bad days in sobriety over the good ones in active addiction any day.

I recently went on a family vacation, and my six-year-old son surprised me when he said, “You are a good mom. I wish my dad were here to see how good of a mom you are now.” Coming from a six-year-old, it speaks for itself. My children count on me today.

No matter how many times you fall, get back up and try again. One day you will thank yourself for not giving up. There’s a saying that goes, “You must fight through some bad days to earn the best days of your life.” Every day is not going to be easy, but I promise you that if you give sobriety as much effort as you did in active addiction, the possibilities are endless. You will reap the rewards — just give yourself a fighting chance.

I would like to end with this quote from Barack Obama: “Hope is that thing inside of us that insists, despite all the evidence to the contrary, that something better awaits us if we have the courage to reach for it, work for it, and fight for it.”

If you or someone you love needs help with substance use and co-occurring disorders, please call Gaudenzia’s 24-hour Treatment and Referral HelpLine at 833.976.HELP (4357). 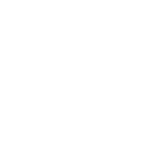